Mauricio Miller, social entrepreneur and author, has a somewhat simple solution to addressing the complex issue of global poverty, sharing, a concept we all learned in kindergarten. He spoke about his theory of Peer Driven Social Change at the Keller Center’s recent Friday Lunch & Learn event at the Princeton Entrepreneurial Hub.

Miller explained to the crowd of students, faculty, and staff, that the poorest among us are the most generous. Of those struggling with the most extreme examples of poverty, over 90% send money or food to someone who has it worse. Instead of giving the power of change to leaders and organizations who have never walked a day in the shoes of the poor, he suggests we let the families and communities work together to solve their economic problems.

“You can only be an expert in your own life, not anyone else’s,” Miller stated, and solving a complex societal problem like poverty requires experts. “Helplessness of the poor is a myth. There is a fallacy that we need to save them, that the poor are not smart enough or that they are lazy,” he continued. However, statistics show, only 3% of the population living under the poverty line is truly stagnant (this 3% represents mostly the disabled and incarcerated). They work hard, nudge over the poverty line then, because of their inability to create saving and thus lack of a safety net, are unable to manage a financial crisis, so then they dip down below the line again. They are continuously bobbing above and below the line, unable to move up the socioeconomic ladder.

Miller discussed growing up poor, being raised by a hard-working single mother whose talents and skills were grossly undervalued, and so was never able to change the family’s economic status. Giving low-income families and communities resources and encouragement using Miller’s bottom-up approach could allow people like his mother the power to create their solutions. Low-income families becoming consultants for other low-income families taps into the unused experts in the field.

This spring, Miller will take on the role of Keller Center’s James Wei Visiting Professor in Entrepreneurship and will be teaching the subject of Peer Driven Social Change. He talked about being inspired by the curiosity and passion of Princeton students and that he hopes this generation will pick up the charge of making significant societal changes  that began in the 1960s. “My generation started the process and with today’s technology and resources your generation can actually do it,” he challenged. 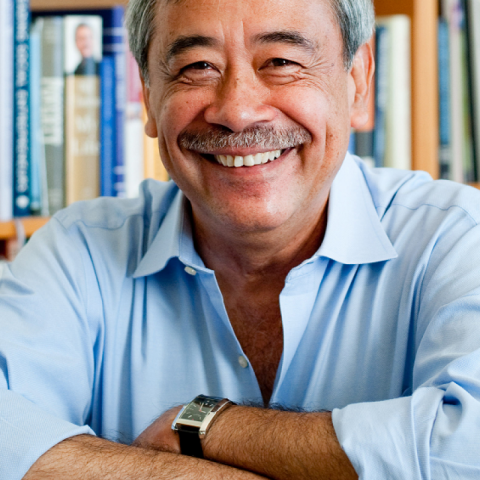