Lily Zhang never considered herself creative and certainly never envisioned she would call herself a designer. However, after participating in the Tiger Challenge design thinking program, that has all changed.

Zhang is a pre-med student who spent most of her academic life studying science, technology, engineering, and math (STEM). She had what she described as a bias towards the value of creativity and believed "it was a trait reserved for those in the humanities or the arts."

Due to the pandemic, traditional pre-med internships were scarce last summer, so Zhang opted to go outside-the-box and apply to Tiger Challenge. She now credits the program with opening her eyes to the value and importance of innovation and creativity in all fields, especially STEM.

"Tiger Challenge allowed me to break out of the boundaries I set for myself both academically and mentally. It completely transformed my perception of who I am as both a scholar and now as a designer. The program has given me the skills and confidence to go beyond what I ever believed I was capable of achieving," Zhang says of her ten-week summer experience.

Like most activities last summer, Tiger Challenge was fully remote. Graduate and undergraduate students safely participated from across a wide range of time-zones. "Even though we were online, I still met some of the best people ever; everyone was so warm and accepting. We did a ton of work, but we also had a lot of fun," said Zhang.

"We were so happy to be able to continue the program with all the uncertainty of last summer," said Jessica Leung, design program manager and instructor. "It was a creative process in and of itself to design an online environment that fostered the strong interpersonal connections needed to build impactful teams." Leung was proud of how flexible and open-minded the cohort was. Moreover, that despite the distanced and working platforms each team made considerable progress on their projects.

This semester Zhang is taking a course in epidemiology. She credits the skills she gained last summer with her success in the course. Skills which allow her to read into the case studies in a way she would not have been able to pre-Tiger Challenge. "Having unlocked my creative abilities and skillset, I can now question results, seek my own answers, and explore new avenues of thought I just would not have believed possible before." 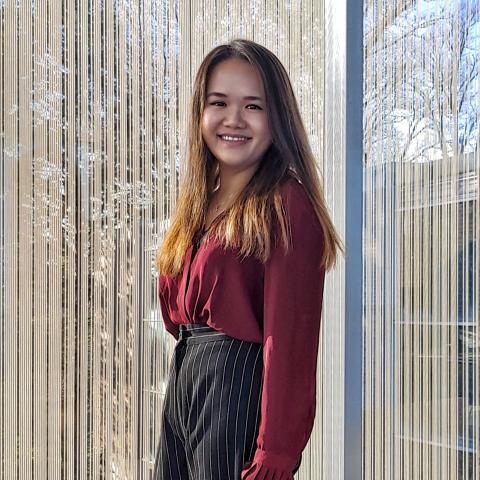 Tiger Challenge
Tackling vaping among adolescents at its core