Emphasizing the importance of recognizing Earth’s limited resources, the CEO of the outdoor gear company Patagonia told a Princeton University audience April 23 that businesses need to take on social and environmental responsibilities.

"I see some movement in corporate America and there has been a lot of development in the sustainability world," Rose Marcario said. "But there needs to be more action." If an ethic of social and environmental sustainability does not take hold in the business community in the next 25 years, we are in serious trouble, she said.

The event, co-sponsored by Princeton’s School of Engineering and Applied Science and the Keller Center, is part of the University's G.S. Beckwith Gilbert ’63 Lecture series established in 1988. The goal is to bring innovative leaders in business, government, and the professions to campus to share their ventures and insights gained in their careers.

Catherine Dennig, a Princeton senior and co-president of the Social Entrepreneurship Initiative, opened the event by introducing Marcario to a large audience of students, aspiring entrepreneurs, and community members at the University’s McCosh Hall.

Marcario joined the outdoor adventures retail empire in 2008 and embarked on transforming the company’s infrastructure to improve its operations and financial performance, according to Dennig.

"Under her leadership, the company has doubled its scale of operations and tripled its profits," said Dennig.

Marcario, 50, described her journey to Patagonia as "amazing," and said it began when she became "disillusioned" with the corporate world and decided she wanted to live a more meaningful life.

She met Yvon Chouinard, climbing enthusiast and founder of Patagonia when he was looking for someone to help run the business. After a few years, he asked her to become the company’s CEO.

Marcario elaborated on her career path during vibrant question and answer period moderated by Derek Lidow, a Princeton alumnus and professor at the Keller Center, and Sharon Gao, a Princeton senior. 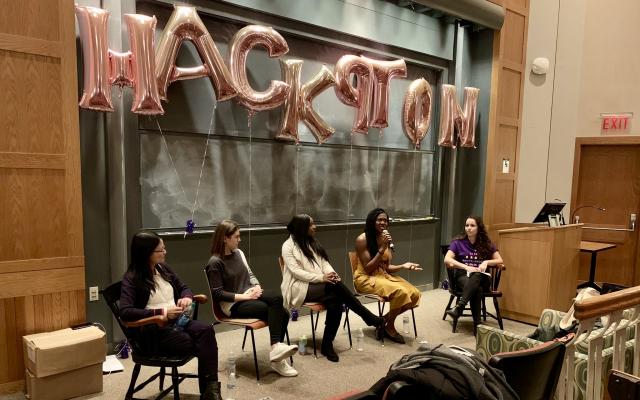